This is Maygi’s complete guide to Klee, teaching you how to play, build and master this 5-star Pyro character! The guide has been posted and updated with permission, and you can always find the original document here.

Hi everyone! I’ve recently been having a ton of fun with Klee and have created a number of posts regarding maths and stuff for what gear to use on her, and since then I’ve gotten a bunch of questions of how to build and play her and whatnot. So, I figured I’d throw together a guide for it!

There’s still a lot of things that can be expanded on, but I think this should be a helpful resource for people picking up Klee and wanting to learn how to optimize her! If there are things that need correction or if you have additional comments, please DM me at Maygi#4987 on Discord! 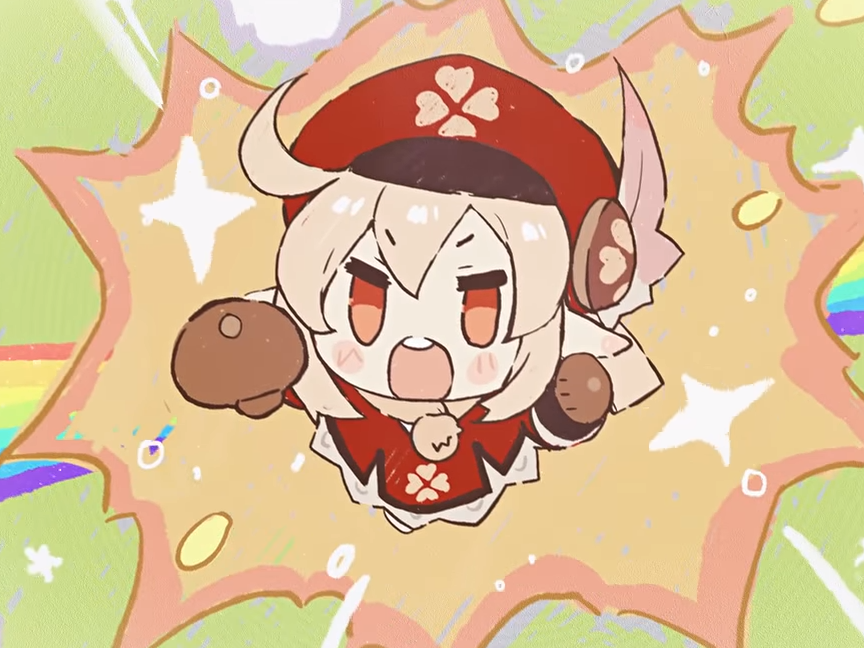 There are many ways that Klee can be played in a party to fulfill different roles – here are just a few of them!

Klee will be on the field for a majority of the time, dealing a large amount of normal/charged attack combos in addition to her skills. Her passive will help her generate energy for the whole party as she uses charged attacks, so she’ll swap out every now and then to receive buffs, healing, and elemental reaction setups from her other teammates skills and bursts!

This is the most lore-accurate way for Klee to be played.

She’s in solitary confinement most of the time, but when she does swap in, she causes all sorts of mayhem! Typically built with burst-oriented gear such as The Widsith, she unloads two charges of her E for some massive damage on top of her Elemental Burst!

Klee isn’t as suitable for support compared to other pyro support characters such as Xiangling and Bennett, due to the nature of her burst only being active when she is on the field. Unlike those two, Klee needs to be on the field for a good amount of time to be useful to the party. She cannot set up consistent elemental reactions in the same way that the aforementioned characters do. A “Support Klee” is pretty much a burst DPS Klee, and no way you would pull for Klee if you didn’t want her to be making huge explosions, right?

Before we dive into things, here’s a brief overview for skills and their damage values to use as a reference!

You can adjust this to your playstyle, but in general, I would recommend:

When you get past talent level 6, Rings of boreas become the bottleneck. As such, I’d do:

Now that we know a bit about what her skills do, what weapons/artifact builds are ideal for her?

All of these options and recommendations are based on some extensive math, and are sorted, for the most part, in the order they are recommended in (assuming all similar refinement). Curious on the numbers? Check out the Math section.

Note: Gacha/BP weapons are considered as R1. Rankings may vary with refinements!

Why is Lost Prayer not BiS?

BiS really depends on what your artifact substats are, because it can vary a lot. The critical rate on Lost Prayer has very high value and makes achieving a balanced stat spread easier early on. However, in very late-game builds, desired substat spread is weighted very heavily towards crit rate/dmg and not attack even on a book like Lost Prayer which has crit base, meaning in the grand scheme of things, it may not make gearing “easier” after all.

Moreover, its passive fails to be realized in most scenarios, as you will not be waiting for it to ramp up in order to use your burst (your burst will snapshot your stats at the start of the case, meaning most of the time it will never see the full potential, or even enjoy any, of Lost Prayer’s passive). Skills and buffs from your other characters typically last around 10-15 seconds, so you want to frontload your burst, not save it for the end. 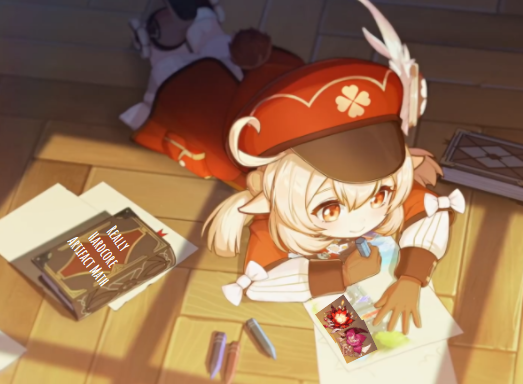 Let’s dive into artifacts sets and which ones to use for Klee!

Gladiator’s Finale* (2) + Blood-soaked (2) – Early game general-purpose. Blood-soaked  (Berserker) can’t be 5* so it’s not as optimal, but the set is still comparable in strength to other 2-piece options.

Noblesse Oblige – Don’t use this. Klee’s burst is strong, but it’s not over 50% of your total damage output so you’d get more overall damage using 2 piece Crimson Witch or Gladiator.

In every scenario, you will run ATK % Sands, and Pyro % Goblet. The Circlet varies depending on your substats, as well as your choice of weapon. To generalize the stat breakdowns:

If you are using a critical damage weapon or attack % weapon, use a Crit Rate Circlet

Otherwise, if you have >45% Critical Rate, use a Crit Damage Circlet

Otherwise, just use an ATK % Circlet.

Of course, these numbers may fluctuate depending on your substats. In general, you want around a 2x ratio between your Crit Rate and Crit Damage. For example, if you have 60% Crit Rate, you want around 120% Crit Damage. Please use my Artifact  Optimizer Spreadsheet to put in your specific stats to calculate which mainstat is ideal for your circlet!

An example of the Artifact Optimizer sheet. As you can see, at 45% Critical

What substats are the best? Well, I would say, beggars can’t be choosers (we’re all victims of RNG and our seemingly-perfect pieces rolling into flat defense at the most inopportune moments), but, in general, you are trying to balance out your stats. You want around 2x Crit Dmg : Crit Rate ratio. Very end-game builds revolve around reaching values of ~80-90% Crit Chance and 160-180% Crit Damage, with only very few attack % lines in there.

All in all, the substat values can come pretty close, so even if you have an ATK % weapon, I’m sure you can be happy with rolling ATK % subs – AS LONG AS IT’S NOT FLAT STATS, RIGHT?

What’s the value of Elemental Mastery on Klee? This really depends on your team comp and/or what you’re fighting (it’s amazing against Ice/Water slimes, that’s for sure!). It’s a stat that’s nice to have, but not prioritize, as reaction damage (everything except Vaporize/Melt which are multipliers) falls off as you become more geared (reaction damage only scales with EM + level), and it can be difficult for Klee to capitalize on Vaporize/Melt procs when her burst is active.

Especially if you let her DPS for the duration of her burst, Klee typically generates energy for another burst before the cooldown is up. I wouldn’t bother with energy recharge on her.

Giving the right party setup to Klee will really help her shine. Below are a few examples of notable chars to include in a party with her…

Anemo MC / Jean, to group up and force mines onto the enemy

Venti, to suck mobs together so they take the full force of the AOE PYRO DAMAGE

Cryo skills will not tick often enough to allow you to get Melt hits in regularly without holding back on DPS, so cryo members are only for their utility

There are plenty of little tricks you can use to optimize how fast you can pump out your damage and keep up with ragdoll enemies!

Buttons to hold: Any directional key

Buttons to hold: Whatever direction you want to move

Notes: This is useful when you need to move, but slightly slower than the above method

Buttons to hold: NO directional key

Buttons to hold: Whatever direction you want to move

*remember that 2nd auto deals less damage than the first

You can use your Elemental Burst to instantly cancel an animation. Just make sure you don’t cast it too soon before the attack comes out.

Math references for weapon calculations! The values shown in the columns are Effective Attack values. These calculations were done with math similar to the artifact spreadsheet through a program that simulates the perfect substat spreads with 10, 20, or 30 total substat rolls.

Easier to read version with percentages:

Note: These are simulated builds. As you can see, the simulator opted for Crit Dmg circlet in every situation but had an ungodly amount of crit rate subs. Pay more attention to the end values to see the typical stat goals.

Optimal Build for Memory of Dust:

Optimal Build for Eye of Perception:

Optimal Build for The Widsith: 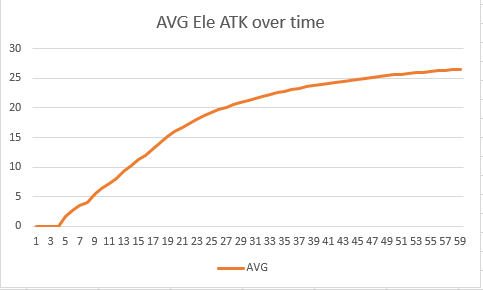